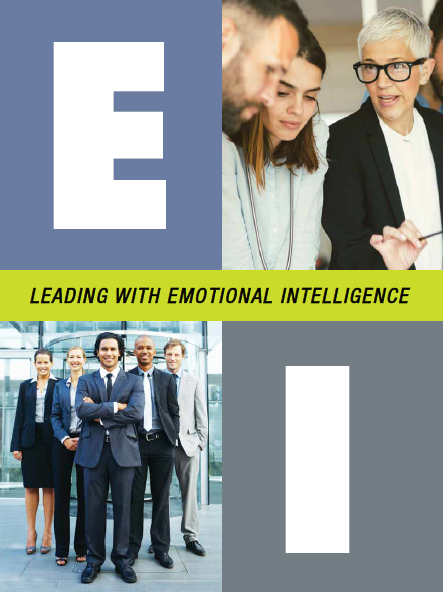 EI, the biggest workplace performance predictor and strongest driver of leadership and personal excellence, begins with you.

“Let us all be the leaders we wish we had.”– Simon Sinek, Author and Inspirational Speaker

While there is no “I” in TEAM, the winning team you build (or currently have) must start somewhere, and that somewhere begins with you, Mr./Ms. Owner-Operator. By default, and regardless of whether you wanted to be a leader or not, your team looks to you to be captain of your ship.

Throughout my career, I have worked for others and found myself wishing that this leader was more “this way” and that leader more “that way.” However, none of us is ever complete and perfect. I have always found myself learning what I should do under past managers and leaders, but just as importantly, I have learned what I should not do. Hence, as the quote above captures so well, I have learned to continue growing and adapting to become the leader I always wished I’d had.

The leaders who helped to positively shape me had an emotional intelligence in the way they thought and approached things, how they made decisions and how they led their teams.

We’ve all heard of IQ (intelligence quotient), a standard test and score first developed in 1912 to measure whether an individual is above, below or relatively the same as that individual’s peer group in mental ability or “intelligence.”

The concept of emotional intelligence, on the other hand, first began appearing around 1995 as an explanation or missing link to a peculiar finding in studies where people of average IQ were outperforming those with the highest IQ 70% of the time. It was an anomaly that completely contradicted what scholars had always assumed was the source of success. After many decades of continuing research, the critical factor that can now be pointed to as to what sets “star performers” apart from the rest of the pack is indeed emotional intelligence.

How important is emotional intelligence? TalentSmart tested it alongside 33 other important work skills and found that emotional intelligence is the single biggest predictor of performance in the workplace and the strongest driver of leadership and personal excellence. It is also the foundation for such critical skills as customer service, empathy, teamwork, flexibility, accountability and communications, to name a few.

Again, unlike IQ, emotional intelligence can be developed and improved with practice. Biologically, communication between the emotional and rational parts of your brain is the physical source of emotional intelligence. The pathway begins in the brain, at the spinal cord. Primary senses from all over enter the limbic (or rear) portion of your brain, where emotions are formed. Then, information from the rear portion makes its way to the frontal cortex, where higher thinking and rationalization enter.

Therefore, people have emotional reactions to events before they can typically rationalize the event. Emotional intelligence requires effective communication between the emotional and rational parts of the brain.

The brain also grows new connections as you learn new skills. While the change is gradual, brain cells develop new connections to speed the efficiency of the new skills acquired. Neurologists use the term “plasticity” to describe this.

So, why have I spent so much time discussing emotional intelligence, and what does it have to do with leading winning teams? It’s because your mindset and beliefs matter, and turning your beliefs into action is at the core of motivating and inspiring others to follow you.

How many of us know someone who is very intelligent but either extremely negative about everything or believes the rest of the world is out to wrong them? Do we have any inclination to follow these kinds of people? I sure don’t.

What about someone who’s very talented but also volatile or emotionally unstable? Is that a leader who inspires people to follow? Nope.

Or, have you ever worked for someone who is really passionate about their job but can never rise above the daily grind and always seems buried in the work or the schedule?

In a profession in which building relationships still plays such an integral role in everything, developing emotional intelligence – your personal and social competence – and projecting your leadership mindset so that it becomes a positive reality makes all the difference between truly leading your team in winning versus supervising a group of people who just happen to work for you. It’s no different than the saying about working on your business rather than working in your business.

Committing to building a winning team starts with the goal of being a winning leader. There are experts out there far more qualified than I am – both in emotional intelligence (TalentSmart) or leadership mindset (Pacific Institute) – that can be a source of training and enrichment, should you want it. However, here are some general tips for you to ruminate on:

We all have them, and to clear these blind spots that have crept underneath our awareness requires improving self-awareness and self-management. For example, how many of us are guilty of associating “cremation” with “direct” or “cheap” whenever a family tells you they are interested in cremation? That is a large blind spot for many of us in the funeral profession. The more instances in which you are able to take off the blinders, the more it will serve to improve communication within your brain/within yourself, and thus, communication with others.

In addition to clearing blind spots, releasing yourself from negative thinking or negative environments helps build performance. Exposure to negative stimuli sucks your brain into a negative emotional state and destroys the plasticity of your brain’s ability to change and communicate between the emotional and rational portions.

There’s something profoundly positive about viewing an instance in which you got something wrong as “this time” versus “I never get it right.” Replacing judgmental statements like “I’m such an idiot” with factual statements like “I made a mistake” is also key to turning positive thoughts into habits. Factual statements allow you to focus on what you can change objectively and situationally, versus blanket, permanent labels about yourself that are much more difficult to change or move away from.

SOLUTIONS RATHER THAN PROBLEMS

Setting limits, even to yourself if you find yourself complaining about things, allows you to distance yourself as needed. As with teammates who complain or when you find yourself mentally self-complaining, the most effective method to set your limit is to redirect and ask them/yourself how they/you intend to solve or fix the problem. This is a positive way to redirect the complainant in a productive direction, or it will at least cause them to quiet down or change the subject.

In last year’s article for The Director (July 2021, page 35), I wrote about recruiting and retaining strategies for building a winning team, and it occurred to me that I had overlooked starting that article with what I have written about this year – that all winning teams need a winning leader.

And as such social sciences as psychology, sociology, human behavior, etc., become more supported with empirical and scientific data from MRIs, brain scans and chemical studies, it is being proved that winning leaders have or have developed greater emotional intelligence.

So, while there might not be an “I” in “TEAM,” you must first commit to “I” before you can commit to your team.