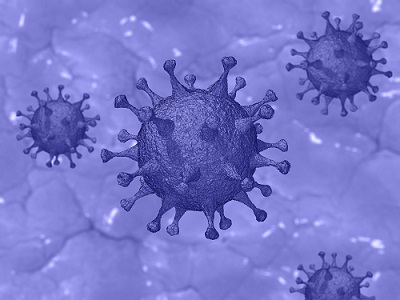 Revised Guidance Issued for Small Business Loans Due to COVID-19

The Small Business Administration issued revised guidance for small businesses seeking economic relief as a result of COVID-19 pandemic on March 12, 2020. Organizations who are suffering substantial economic harm from the pandemic can seek economic injury disaster relief loans (EIDLs) from the SBA for working capital. For more information and to learn more about the availability, terms, criteria, and submission process, please click here.
Do you like it?
Read more

An Important Update on Federal Tax Guidance During COVID-19 Pandemic

The Internal Revenue Service (the IRS) issued official guidance on March 18, 2020, that some income tax payments can be delayed for 90 days until July 15, 2020, with some limitations, due to the impacts of the COVID-19 pandemic. However, taxpayers still need to file either their income tax return or extension request with the IRS for the 2019 tax year by April 15, 2020. The guidance clarifies Treasury Secretary Steve Mnuchin’s earlier announcement on March 17, 2020, that businesses and individuals would be able to delay some tax payments, which led to confusion about the April 15 tax return filing date. If you have questions about this or other aspects to the recent efforts to curb the economic effect of the COVID-19 pandemic, please feel free to contact me directly. These things are developing rapidly and we’ll endeavor to keep […]
Do you like it?
Read more

While we don’t know the particulars of the stimulus package being voted on today, here is a brief summary of the information the Minority Leader Chuck Schumer sent to colleagues early Wednesday. Here’s what’s in the $2 trillion package: •      Direct payments of $1,200 to most individuals making up to $75,000, or $2,400 for couples making up to $150,000. The amount decreases for individuals with incomes above $75,000, and payments cut off for those above $99,000. •      Expanded unemployment benefits that boost the maximum benefit by $600 per week and provides laid-off workers their full pay for four months •      $367 billion in loans for small businesses •      $150 billion for state and local governments •      $130 billion for hospitals •      $500 billion in loans for larger industries, including airlines •      Creation of an oversight board and inspector general to […]
Do you like it?
Read more

The Department of Labor issued the Families First Coronavirus Act poster this morning. In general, this applies to all employees of private sector employers with fewer than 500 employees.  All covered employers must post this notice in a conspicuous place along with its other employment law posters.  If you do electronic posting of other employment posters, you may also post this poster electronically.  Covered employers must also provide the Notice to new hires. The DOL stated that the leave requirements are effective April 1, 2020. You can download and print the poster here.
Do you like it?
Read more

In the interest of sharing information from the pending Third Stimulus Bill – Coronavirus Aid, Relief , and Economic Security (“CARES” Act), we wanted to share some of the relevant developments that will affect the Funeral and Cemetery industry. Part of this plan includes the Keeping Workers Paid and Employment Act; this act will likely relevant to us all in the Funeral and Cemetery Industry. The plan would provide cash-flow assistance through 100 percent federally guaranteed loans to employers who maintain their payroll during this emergency. If employers maintain their payroll, the loans would be forgiven, which would help workers to remain employed and affected small businesses and our economy to quickly snap-back after the crisis. This proposal would be retroactive to March 1, 2020, to help bring workers who may have already been laid off back onto payrolls. Small […]
Do you like it?
Read more
Prev page
1...101112